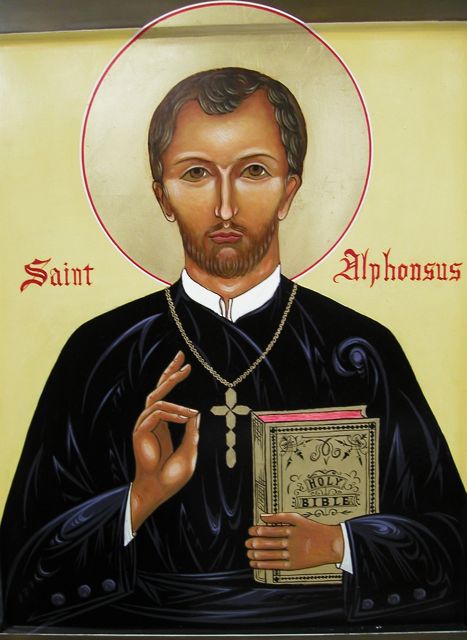 
‘that all may be one… so that the world may believe’.

The Clonard Peace and Reconciliation Mission is an expression of the fullness of Redemption announced by Jesus Christ in the Gospel to gather in all God’s people from every language, race and colour. We want to awaken the Church and the world to the call of God to bring peace to the Earth, respecting the dignity of each person, enabling them to contribute to the common good and enhancing in our society the longed for culture of encounter, bonding and partnership.

The many people and initiatives undertaken by the Clonard Peace and Reconciliation Mission are coordinated by Fr Gerry Reynolds CSsR, Ed Petersen and Jenna Wilson. They are keen to welcome anyone to join us on this pilgrim journey, whether in person or in spirit!

Over the past 100 years, the Redemptorist Community and the people of Clonard have responded in creative ways to the challenges it has faced. Many of these responses have contributed significantly to the development of Clonard’s Peace and Reconciliation Ministry. The timeline below pinpoints some key moments and initiatives:

During the German bombing of Belfast in 1941, Catholics and Protestants took shelter together in the crypt underneath Clonard Church.

The Clonard “Mission to non-Catholics” began in 1948 in response to a query from a young Protestant man who wanted to learn about the Catholic faith. This mission continued on the Sunday evenings of November each year until the outbreak of the Troubles in 1969.

Protestant guest speakers at Clonard have helped to bring about a profound change in inter-Church relations. During the January 1980 Week of Prayer for Christian Unity, Rev. John Dunlop, a Presbyterian minister, was the first person from the Protestant tradition to speak in Clonard. This tradition continues each January as well as on the Solemn Novena Ecumenical Day in June.

The Clonard/Fitzroy Fellowship which began in 1981 is a Catholic/Presbyterian inter-congregational partnership. During the dark days of the Troubles the members grew together in faith and friendship. The fellowship models a transformation of grassroots relationships as highlighted in the book ‘Friendship towards Peace – The Journey of Ken Newell and Gerry Reynolds’.

The Cornerstone Community was born from a fortnightly prayer meeting of Catholic and Protestant clergy along with laity which began to meet in Clonard Monastery in the late 1970s. Having held together in commitment to reconciliation during the tensions and pain of the Hunger Strike, some members set up the community on the Springfield Rd in November 1982.

Fr Alec Reid’s peace ministry has received widespread acclaim in all histories of the Troubles. His ministry grew from his experience of the daily tragic consequences of the political conflict. He brought together in the monastery John Hume (SDLP) and Gerry Adams (Sinn Fein) to begin a dialogue on a peaceful way forward out of the conflict. His conviction “We will succeed, with the grace of God. And only with the grace of God” kept him going in heartbreaking violent days.

Fr Gerry Reynolds, on Remembrance Sunday November 1994, shortly after the IRA Ceasefire, felt the Spirit of God calling him to go into the Shankill to share in the Sunday Morning Service with one of the Protestant congregations there – the first ‘unity pilgrimage’. Since then the Clonard unity pilgrims have gone nearly every Sunday (for over twenty years) to join in the worship with their Protestant brothers and sisters in Christ in Belfast and beyond.

The Sunday unity pilgrimage remains at the heart of the mission and is supported by the Monday evening ‘Lectio Divina’ in Tres Dias House on the Springfield Rd on the coming Sunday’s Gospel and the Thursday silent hour of prayer for peace and the unity of Christians held in the Adoration Convent on the Falls Rd.

Many of the relationships built over the years, along with those formed through the ongoing unity pilgrimages, have enabled partnerships with various groups and initiatives working together for unity, peace, justice and mutual understanding.

The Clonard/Fitzroy Fellowship has led to involvement in the 4 Corners Festival, an annual festival just after the Week of Prayer for Christian Unity, which seeks to inspire people from across the city to transform it for the well being of all.

The Falls/Shankill Churches Together organises the annual Journey in Understanding which facilitates reflections on the Word of God and opportunities to respond together.

Forthspring, a Methodist inspired cross community project on the Springfield Rd, aims to bring together people of all ages from both sides of the Falls/Shankill interface to build new friendships.

In Joyful Hope is a new step in Eucharistic Communion which enables those from different Churches – Presbyterian, Methodist, Church of Ireland, and Catholic – to experience together the presence of Christ at one another’s Eucharistic celebrations, while observing Catholic Eucharistic discipline.

Other partnerships include the Irish School of Ecumenics, Little Sisters of Jesus, Youth With a Mission (YWAM), City of Sanctuary, Embrace, Church Action on Poverty, Christians Against Poverty, 24/7 Prayer, Kairos Britain, Glencree Centre for Peace and Reconciliation, Belfast Interface Project, and Community Dialogue.

For the unity of Christ’s disciples in his Body, the Church

Lord Jesus, who on the eve of your death,

make us feel intense sorrow over the infidelity of our disunity.

Give us the honesty to recognize, and the courage to reject,

whatever indifference towards one another,

or mutual distrust, or even enmity, lie hidden within us.

Enable us to meet one another in you.

And let your prayer for the unity of Christians,

be ever in our hearts and on our lips,

unity such as you desire and by the means that you will.

Make us find the way that leads to unity in you,

who are perfect charity,

through being obedient to the Spirit of love and truth.